Even with rainy weather there is a lot to see in Milan, for instance the recently renovated church of Santa Maria dei Miracoli and San Celso.

The church is very significant in the history of Milan and is an architectural gem. Its construction began in the Renaissance, at the end of the 15th century, and was created to host an icon of the Virgin Mary.

During the following century, the church was adorned with the precious marble façade.

The interior houses artworks like paintings and frescos, created by several renaissance artists. Even the atrium and the dome are of great interest.

The church of Santa Maria dei Miracoli and San Celso is on Corso Italia 37. More details are available here. 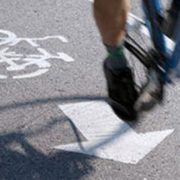 Milan, finding the treasures of a charming city by bike

Milan, finding the treasures of a charming city by bike
Scroll to top